What are the best tools for measuring the extent (and performance) of the internet?

What is the best tool you’ve found for measuring the extent and performance of the internet? This was a popular topic a few years ago but interest seems to have waned. Yet it should be of internet to every ICT ministry and regulator in the world. It is not hard to find tools for measuring internet performance but there appear to be few that are designed to measure the extent of the internet, especially the mobile internet.

Back in 2016, I set out to do some internet extent measurement in Uganda. I used an app called NetRadar developed at Aalto University in Finland. At that time, they were a cool bunch, and allowed me to download all the data that the app collected. I should note that I had to use 4 phones with a sim card from each of the major operators in order to collect the data. 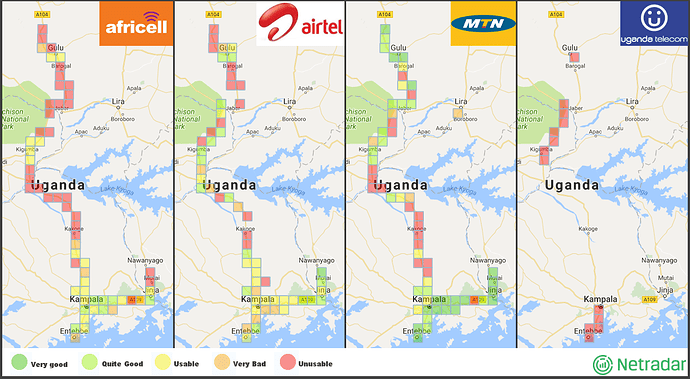 Coverage_Gulu1208×665 136 KB
Sadly NetRadar has since gone commercial and no longer extends such favours to folk such as myself.

One of the challenges in developing such an app is managing data consumption. Where data is expensive, it isn’t practical to imagine people downloading a lot of data just to test the internet. NetRadar apparently developed an algorithm that could interpolate network performance from small data samples.

There are a number of national telecommunication regulators who have developed their own performance apps, notably Slovenia, India, Uganda, and Chile. Seems like there is an opportunity for an Open Source mobile measurement platform that any regulator could use.

Fixed internet measurement seems to be in much better shape with mLab’s Speed Test, which is Open Source and has been successfully adapted and deployed by others. But fixed internet describes a small portion of the internet and doesn’t tell us anything about mobile broadband coverage.

So what is your experience? Any tools or platforms that you particularly recommend? Does this deserve more attention?